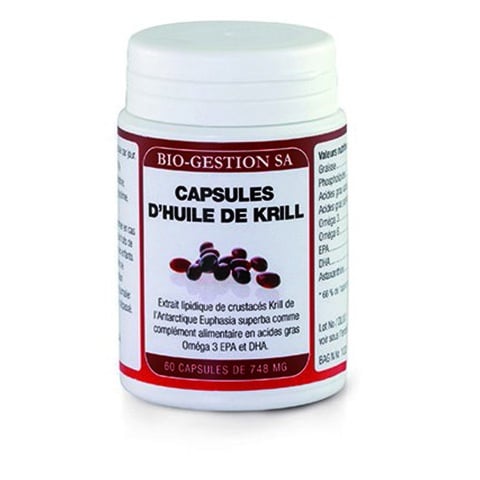 Krill Oil is the easiest way to maintain good health.

The oil extracted from Krill, a small cold sea shrimp, can provide a valuable aid to the optimal functioning of the brain and immune system.

This complementary food rich in Omega 3 is very important because our body does not produce Omega 3. This oil is 100% pure and its Omega 3 DHA/EPA offers an amazing efficiency, much better than any other known fish oil.

What you always wanted to know about Krill:
The combination of the following three substances gives Krill oil unique properties:

In addition, the Omega 3 fatty acids contained in abundance in this oil are linked to phospholipids. As a result, they are good for the brain and in addition to an improvement in intellectual mood, the ability to concentrate can increase.

But the benefits of this oil do not stop there. The choline contained in this oil can help strengthen the memory.

But then again,…
The EPA and DHA molecules in Krill oil are bound to phospholipids, making Krill oil much more effective than fish oils.

In a clinical study, Krill oils, at recommended dosages, were found not to interfere with medications that control blood sugar levels in diabetics.

There are no reviews yet.

Be the first to review “Krill Oil (Omega 3)” Cancel reply

Subscribe to our newsletter and receive information about our products and promotions!

Since 1983, Bio-Gestion SA, a Swiss company based in Nyon, has been at the service of your health, offering you a complete range of dietary supplements covering all the needs necessary for the shape of body and mind.